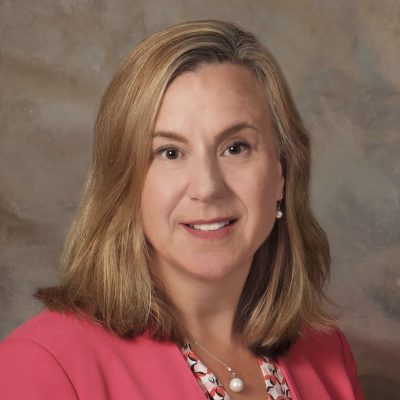 Dr. Jennifer Junnila Walker is the Medical Director for the East Hawaii Health Clinics, a network of rural health clinics under the East Hawaii Region of Hawaii Health Systems Corporation. She joined the Hawaii Island Family Medicine Residency (HIFMR) Program following a career as a family physician in the US Army. Dr. Walker was commissioned through Army ROTC, graduating cum laude from Seattle University. She earned her MD degree and completed family medicine residency at the Medical College of Wisconsin. She completed a fellowship in Faculty Development and earned her Master’s Degree in Public Health from the University of Washington.

She retired as a Colonel in the US Army in September 2016. Immediately prior to joining the HIFMR faculty, Dr. Walker served as the Director of Graduate Medical Education at Womack Army Medical Center at Fort Bragg, NC. In this role, she was responsible for all of the physician training programs at a large military hospital. Dr. Walker fell in love with Hawaii while living on Oahu and serving the Chief of the Medical Staff for the large outpatient healthcare facility at Schofield Barracks. Following that assignment, she served as Chief of Clinical Operations at US Pacific Command at Fort Shafter, where she was the senior clinician advising the PACOM Surgeon on all aspects of health care for military and humanitarian engagements throughout the Asia-Pacific region.

Dr. Walker’s military career gave her the opportunity to serve in a variety of practice environments, from family clinics to community hospitals to world-class tertiary care centers at military bases in the US and Europe. Dr. Walker served as Chief of Medical Services, 48th Combat Support Hospital – Bagram, Afghanistan (2002-03) and as the Deputy Commander for Clinical Services, 21st Combat Support Hospital – Tikrit, Mosul, and Al Asad, Iraq (2010). Dr. Walker’s military awards include the Bronze Star Medal, the Legion of Merit, and the Defense Meritorious Service Medal. She has been inducted into the Order of Military Medical Merit and has received the Uniformed Services Academy of Family Physicians President’s Award.

Dr. Walker has lectured extensively on medical and military topics at regional, national, and international military and civilian conferences. She has conducted and published original medical research, has authored or co-authored numerable scientific journal articles and book chapters, and has served as chair of several professional development and continuing education seminars. She has held faculty appointments as Assistant Clinical Professor of Medicine at George Washington University, Assistant Professor of Medicine at the Uniformed Services University of the Health Sciences, and Adjunct Associate Professor at the University of Nebraska.

Dr. Jennifer Junnila Walker is married to Lieutenant Colonel Chad R. Walker, who retired from his career as a US Army Engineer in 2017. Her personal interests include hiking with her dog Zoee, scuba diving, and horseback riding.